Our phone provider is experiencing a temporary outage. Please use the chat option below for a faster response.

Notice: Our phone provider is experiencing a temporary outage. Please use the chat option below for a faster response.

Typhus is a disease caused by rickettsia or orientia bacteria. You can catch it through infected mites, fleas, or lice. Although modern hygiene has mostly eliminated typhus, it can still occur in areas where basic sanitation is lacking or when it is spread by an infected animal. Typhus does not transmit from person to person; hence it is not contagious. People who live in locations where there are current typhus outbreaks, on the other hand, are at risk of contracting the disease due to the presence of fleas, lice, or chiggers, which spread the bacteria.

What is a flea-borne typhus?

Rickettsia typhi, often known as endemic or murine typhus or flea-borne typhus, is a bacteria that causes typhus in fleas. People contract the flea-borne typhus after coming into contact with infected fleas and when contaminated flea feces are rubbed into cuts or scrapes on the skin. Flea-borne typhus is a disease that affects rats and their fleas in tropical and subtropical areas around the world.

Unlike ticks, which are known for transmitting Lyme disease to dogs and humans, fleas don’t appear to be as dangerous. The microscopic bloodsuckers are mostly seen as a nuisance for pets and humans, rather than a major threat to anyone’s health.

Fleas, on the other hand, can spread a startling number of diseases to both animals and people.

Flea bite diseases can be itchy, unpleasant, and frightening for both humans and animals. A flea infestation is more likely to happen if you have a pet, but it isn’t just pet owners who are at danger.

Fleas can get into your house through any fabric or fur. Their short reproduction cycle means they can quickly become a nuisance once inside the house.

Flea-borne typhus symptoms appear two weeks following encounters with infected fleas. Headache, fever, nausea, and bodily aches are all symptoms of typhus. A rash that starts on the trunk of your body and extends to your arms and legs may appear five or six days after the initial symptoms.

If you suspect you have flea-borne typhus, consult a doctor right away. Antibiotics can be used to treat the infection, but if you wait too long, you may need to be admitted to the hospital. If left untreated, the disease may linger for several months.

What is the Powassan Virus? The Powassan virus is transmitted to humans by the bite of an infected tick. Although relatively uncommon, the number of people infected with the Powassan …

What is Hantavirus Hantaviruses are a virus family spread by rodents that can cause a wide range of diseases in humans all over the world. In the Americas, hantavirus cardiopulmonary … 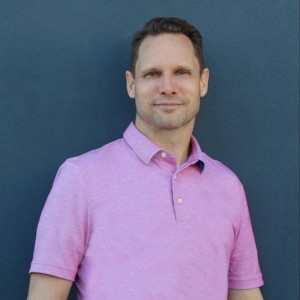